The only curiosity that stayed erect in all this was the same question am sure reigned through Walumbe’s mind, “Why?”

Was it for him? I knew she had a soft spot for helpless creatures, but not this much. Him? Him and his insensate breathing?

It could be compared to the sound of muzeei Ddungu sharpening his spear. It was the only sound in the room that tore through the fabric of space, nailing my subconscious to the sad reality that this had become.

As though rolling on auto pilot, my legs went numb and an uncontrollable urge rushed through me. My index finger repetitively scratched at the palm in an attempt to find solace. “Please stop breathing; you tiny ugly man,” the thought repetitively echoed through my mind. All my attention switching gears onto the cause of all the ruckus, the man Nambi fought for.

“What do you want?” father immediately began, clear to that fact that he was not interested in small talk.

The shaking in the man’s legs was so visible, the situation was just getting depressing. Sweat streamed down his face, storming towards the ground. He attempted to speak; only releasing soft stammers. It was torment watching him. His arm pits profusely released sweat, drenching his clothes. Wait, did he just wet himself?

It looked pathetic, and unfortunately, his looks were not helping at all either.

“Your children stole my cow,” he finally spoke

Shit, even his voice was trembling in spite of his futile attempt to look brave

“He is lying father!” Walumbe burst forward making a mockery of his own testimony

“Shut up boy, you brought this upon yourself,” father growled taking a sternly sharp look that encompassed the three of us

Oh he was definitely upset. So much so that the little vein that casually stayed unseen on his fore head somehow wanted an audience with the whole world.

“So your cow?” father casually returned to his guest, prompting him to go on with his plea.

He was definitely at breaking point. The man’s hands folded within each other and his neck curved, his eyes fixed upon the ground. His clubbed feet were just at the brink of stomping when somehow he looked to remember his ego.

He begun to mumble, unable to completely release all the words from his lips. Father’s patience somehow reared in. He went on gently nodding at every new note from the man’s story. Careful as not to leave out any details, he muttered on and on. I almost felt sorry for father, as he kept inching closer and closer to the man in an attempt to hear his sad excuse for a testimony, concious as not to get off his throne.

At the end of the man’s little story, he will have fallen.

Walumbe’s eyes grew stiff and focused upon the man, unwilling to flinch a little from him. The hate from his eyes could have bore through the face of the earth. All he had learnt from their first encounter was only sheer detest for the unfortunate thing.

Everything was predictable; aside from one person. Nambi; something was different. Was it her posture? She merely stood there; between the two, unflicked by the situation. Her chest propped out and her eyes focused upon the throne, she barely blinked. She was normally shaken by the dirt collected during training, or blood. However, today she stayed ruthlessly uncaring.

Was it the slight gleam that encompassed her eyes? May be it was just her inexcusable decision to dress as a hairy tuber. I couldn’t put my finger on it.

Then there it was, like a small beacon of lies torching her secrets to the rest of the world, her breath. She was trembling under her breath. The short tremor held by the fiber of her clothes, waved up a flag ship of secrets. If I didn’t know her any better, I’d say that I almost saw a smile held back on her face. Did she want this? 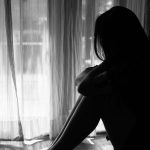 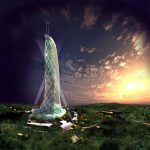