An accusation of rape has dominated Uganda social media space since January 2, 2020. A one Namara, in a Facebook post, accuses her former boss of raping her.

There are claims that Namara was drunk when the incident happened at 1 am. Many have asked: What were you expecting when you called a man to your house at night, drunk? Why didn’t you fight back? Unsurprisingly, Namara is being slit to bits by majority online commentators —both men and women. I will not delve into discussing guilt or innocence like the internet court jurors have.

It is also unsurprising how men (and sadly, some women) continue propagating the notion that men are born with unquenchable sexual urges, or, like a one Yusuf Serunkuma says, “men are domesticated snakes,” who regardless of training, will remain “dangerous and venomous.” This is, of course, a deliberate and flawed comparison meant to erase the fact that man, unlike animals, is born with a sense of reason or rational behaviour.

Serunkuma argues that by adhering to the scientifically proven strategy of “prevention is better than cure,” Cuba has developed one of the best healthcare systems in the world. He advises women to do the same manoeuvre to avoid being sexually violated. Truth is, women start taking precautions against men as soon as they drop out of the womb, even if we don’t equate men to diseases.

Why are we not as quick to question the irresponsibility of perpetrators of sexual violence? Isn’t it strange that men are considered the “stronger sex,” yet when it comes to their sexual behaviour, they suddenly become the “weaker sex”? That surely doesn’t sound like biology but strategy to keep men in a position of dominance.

Apart from being wrong, the argument that men are sexually weak is the same as the one that women’s bodies must be policed for them to be safe. By starting with an emphasis on the purported inability of men to control their sexual urges – Serunkuma “centres” men in a way that has been proven to be damaging.

While the world has made strides in human rights advocacy, technology and education, we cannot ignore that patriarchy still drives different social structures.

Statistics from The Rape, Abuse & Incest National Network — the largest anti-sexual violence non-governmental organisation in the US, show that eight out of 10 rape cases are committed by someone known to the victim. However, that cannot be reason to conclude that men have no brakes for their sexual desires. Instead, we should examine the normalisation of sexual violence that makes it easy for men, including fathers, to rape their daughters.

And, it is also deeply saddening seeing some women participating in victim-blaming. It is true women are nurtured to believe they are both victim and perpetrator of violence against themselves. But that shouldn’t take away empathy for each other. We should be the first to give each other the benefit of the doubt.

Fighting sexual violence requires breaking the fallacy that every man is a creature with an uncontrollable sexual urge. Not every man, drunk or sober, will rape a woman at midnight or midday because every man is perfectly capable of controlling their sexual urge.

This article originally appeared in monitor.co.ug 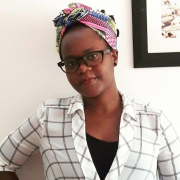 Kintu and Nambi: The meeting #1

Kintu and Nambi; The meeting #2