It is Sunday morning, where one leg is out of bed while the rest of the body is rebelling.

Eventually, I am pulled out by a phone call. It had been ringing repeatedly. I had ignored it, thinking it was the guy that keeps calling me and when I pick he says: ‘wrong number’! No, it was my NRM friend. What, this early morning!

His voice was a bit shaky. “Hey Spire, can you access social media? It seems we’ve been disconnected.” I hadn’t even realized they had finally implemented their lunacy. Sorry, not lunacy – one of the strategies to lead us to a middle-income status. So, I switch on my phone to verify. It can’t connect!

The Baganda say, ‘ekinakulyaako ameenvu, kisusa olaba’ (the animal that will eat your bananas peels them while you are watching).

I had somehow taken the social media tax suggestion for a joke and never paid heed to a Facebook post a few days earlier by my Kenyan professor of Philosophy: “never underestimate a fool.” I jokingly commented: “especially fools in large numbers.”

Well, I confirmed to my friend that I was off too. Then he went about complaining meaninglessly, like someone who has sat where he urinated a day before – fuming about the stench!

After he had cast his last curse on government, he implored me: “You should surely write about this. It is too much.” I listened, thinking how to make the best of his anger.

I composed myself and reminded him about February 2016. “Do you remember what you told me as we stood in the voting line… that day when we started voting at 1 pm at Lubaga? Please, as you choke on your bones, don’t cough in my direction.” Tu tu tuuu, he had hang up. I laughed out loud, like the rat that found itself together with a cat on a trap. Hearing him rant had lightened the weight of the gloomy morning.

Quickly, in civil disobedience, I tried to download a VPN (Virtual Private Network) to bypass the tax. It was all in vain! Besides, I realized it wouldn’t be sustainable either.

With a heavy heart, all the taxes I pay and disservice I receive in return running through my mind, I helplessly paid the tax for I had a crucial interview to conduct via Messenger that morning. I was then reminded of a scene in the classical TV series about slavery called Roots.

Kunta Kinte is flogged, whipped, tortured until he finally admits to a new slave name: Tobi! That’s how we appear, seated in this corner with taxation bruises as our master vows and swears under the untaxed shade of his hat.

In certain ways, this government behaves as though it is sad when people are happy, and happy when they are sad. I wrote here before that considering the many saddening events and painful injustices we live with in our society, life would be very difficult without humor (and alcohol).

With demonstrations criminalised, somehow a number of people would take their frustration to social media and laugh off the burden. That is besides its many other important functions.

Yet, even there, Government later follows them with a big tax stick, as though to make sure that even happiness can only be accessed through them. Interestingly, most governments that seek to gag people have a number of characteristics, especially when it comes to their delivery and image.

They should eat and throw up peacefully, without any disturbance by noise! It’s the paranoid drama of a man with smelly feet that aims at solving the problem by blocking the noses of his victims.

In those days, when many teachers were school-based terrorists, we had those that would not stop caning you until you cried out loud.

If you simply walked away, as though unhurt, after several strokes, they would call you back for more – with more violence this time! They would now hit the head, legs, back, feet, and all over.

The government has failed to meaningfully work on the healthcare system for better lives of citizens; the education system still limps on; insecurity is on the rise; corruption mostly goes unabated; a desecrated constitution; too many taxes for so little… They keep collecting more to fill a basket that leaks like April rains! You helplessly bear all this burden of abused citizenship, yet they find that to be reason for more squeezing!

There is some blessing in disguise in this, though. Ugandans have always been mocked for being docile, mainly known for ‘turning the other cheek.’

It is said that for every people, depending on their circumstances, there is a tipping point of anger at which an eruption must occur. This may not be it, but it certainly cumulatively adds to the several other elements of our painful experiences.

It is also said that Ugandans have short memories, and that soon all this will be forgotten as we jump onto another thing in our anger chronicles. Thus, one government scandal is often addressed by another. Then, maybe we are foolish, the possibilities of which foolishness need not be underestimated either, especially of an angry fool.

So, bring it on. We need more irritating actions from you. As suggested by Marxist dialectics, every system contains within it the seeds of its own destruction.

Take away the smile that mobile money had caused too. Let the cost of living rise until life becomes hell for more people. Hit the dog, stone it, pull its tail while stepping on it. That way, it might learn to use its teeth someday.

The author works with the Center for African Studies at Uganda Martyrs University, Nkozi. 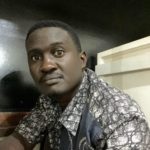 NOW SHOOTING OURSELVES IN THE FOOT: Agency Banking and Mobile Money

Ugandan Companies/Institutions at a Girls Night Out.

Ukraine-Russia War: Why we need to slow down our expenditure