And then boy met gal, finally. Little did they know that either one of them would smile. Eyes met but it didn’t last. And just as fast, that first awkward side hug was done. And soon their first date and first sight jitters were gone. In no time, they were laughing off each other’s pasts.

And for the next few, together they would stroll into the setting sun. Occasionally her hand finding it’s way around his. In a way, this made him feel whole. No doubt he was complete. Or at least he felt that way, with hers around his. And as her hand slowly slipped off his, he wished it would stay there but he said nothing at all. And had it not been for the phone in her hand, he would have gladly held it.

Soon the moon was full and there was barely a thread of air between them. Much as he didn’t want to say bye, he knew he had to. So he looked her straight in the eyes, said goodbye and they hugged. But this time it kind of lasted, the moment. He took in every scent on her body in an instant, his palms alighting gently on her hip bone. And much to his joy, disguised as surprise, instead of leaving she walked with him after they’d parted. This time he didn’t hesitate to hold her hand. For some reason, perhaps not to cause tension or let his intentions linger. He only held hers by a finger.

This time round they walked real slow, as slow as they could. Hoping it would last. But it wasn’t so. Soon the evening was long gone and for lighting along the street, a moon is all they had. Indeed it was all they needed. Coz there was a glint in both their eyes that meant this wouldn’t be the last walk they would take.

As if not wanting each other to know what the other was feeling, looking away, she asked, “another hug?” And they both chuckled while drawing close. He could have pecked her but he didn’t. Another quick side hug saw them part ways. Numbers were traded, another hug as light as laughter transpired. And just like that, she was on her way.

“ It’s true. Beauty catches the eye, intelligence charms the mind and personality wins the heart. But honesty; captures the soul. We All Fall Sometime… ” 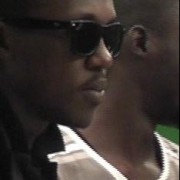 Kidron KlaFella
I'm the king of my mind and the prince of my time. Master of my thoughts and judge of my conscience. To my ambitions, this body is a slave.
Previous

I Just Found Out