Silence, cold as the whisper of night. It’s effortless in its dominance and yet far more seductive than the call of a siren. As what seemed to be the whole world raced to embrace an obscure yet attractive future, ALAS; I  had fallen in love, with the sound of silence.

A few days back, as I casually scrolled through my raptured yet functioning smart phone, I came across the most curious thing that had crossed my eyes. Call me naïve, but I had never recognized it until now. On one of the now booming and popular Facebook groups specialized in business trades an advertisement, sat propped and shameless. I was on the verge of meeting my first pimp.

At the center of the advert cropped a carefully crafted African Mona Lisa, dark and beautiful yet with a slight hint of slipshod naughtiness. It was easy on the eye but made to catch any straight man’s attention. A beautiful lady on my blue shuttered screen, skimpily wrapped in a yellow party dress, and polished off with the trademark curly African hair, broken down and compressed to fit my 4 inch android phone. Perfectly toned down to a couple of downloadable kilobytes, who was I to say no to this?

The advert basically was the informative type, quick and simple; laying out the usual commercial sweet nothings such as having a good time and meeting the perfect escort for your night. Of course at a small negotiable price depending on the desires and needs of the customer. I was no fresh fish in this kind of stream, I had seen this in the movies, and it never ended well for neither the guy nor the wallet. Somehow, it never crossed the mind of all the Hollywood directors to throw in a bit of reality such as STDs and the heavenly anger of God, but who am I to critic? I was just a curious numbskull who is dying to at least have a good story for my bros for the next time they met to brag about how many things they had done.

Just like that, a 35 kilobyte pixelated Facebook lady took control of my rigidly bored mind and in a few of seconds, I was at the helm of my WhatsApp home page searching for “Fbgirl” as I had saved the phone number. Like any “sensible man” I first mad a background check on her dp in desperate hope that I was not falling into one of Honorable Lokodo’s little pornography traps.

I sat up, focused and determined to find a fault in the picture, unsure of what exactly I was looking for, given that this was my first time on this kind of escapade. The dp unfortunately reeked of desparacy unlike its Facebook counterpart. Pasted at the top of the messaging page was the curvy exposed waist line of a somewhat light skinned beauty, strategically photographed to eliminate the lady’s face. The first thought that came to my mind was wonder as to whether this was a google image skillfully cropped to leave preying customers wanting or was it actually the person I was going to be speaking to. In spite of all the questions, I was glad that at least the story was getting a little more interesting.

The next step I had to take was the risky kind. One feared by most stalkers and OBs as they lament as to whether to close in further to open the Pandora’s box that lies within their reach. I have to admit that it also takes courage to approach possibly legitimate escort as this was not exactly taught to us in school.

After several, typing and deletion exercises went on, I cursed the education system for leaving me too lame at such an essential part of my life. The picture in the dp stood there motionless, in a way it felt as though it was mocking me. “You can look but you can’t touch” it seemed to say; the annoying basic rule of school dances and proms. An hour of writing paragraphs and deleting them, finally led me to a final settlement that left me swelling with confidence upon sounding experienced and determined. Hence my first line, “Hello there, I would like to have some of your finest products”. Yes, it does sound worse when you say it out loud, but it sounded cooler back then when I sent it in text.

This was not my first time attempting such a task, because I had come across similar sights and there was never a reply therefore I was engulfed with sheer excitement and shock when I received the reply with the full menu of services available for my consumption and to make matters more shocking, they were all priced in Ugandan shillings. I had just crossed into a realm I did not even know existed in Uganda, I was no longer a boy I was now a man. 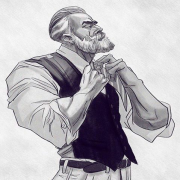 Nothing will work until we address children upbringing