Somewhere between 2004 and 2006, I obsessed night and day over a product I was building called “Pathfinder”.

Pathfinder was this insanely ambitious plan to digitize and map Uganda, primarily for tourism and business purposes. The big, hairy audacious goal was to put GPS trackers on boda-bodas and set them loose for weeks, collect the data and plug it into this gorgeous mapping system I had built.

It was as ambitious as it was ridiculous. And I was building it in Macromedia Flash (the original before Adobe bought it), and I was a Flash and design guru so of course, it was really, really pretty.

Because I was – and still am, to an extent – a perfectionist, the thing I was obsessing the most over was how cool and gorgeous and interactive and visually appealing it needed to be.

I was haunted by the little details, like making sure all the pixels were aligned well, the animations were breath-taking and making sure the zoom functionality worked flawlessly with pixel-perfect precision.

At some point, the code became a little too much for me to handle on my own so I tried recruiting people to help build it. But I didn’t have the money to pay them, so I continued tinkering away.

Because of my design background, I knew the packaging was going to be the best ever and the product launch would be phenomenal.

The product itself was going to be my magnum opus. It would be this gorgeous, interactive CD that would have 360-degree tours, powered by Quicktime Virtual Reality.

Just imagine standing in the city square and rotating the view to look around you, then clicking a building and jumping to the next location.

Or standing in the middle of a game-park and exploring everything around you, with little pop-up icons of data for animal information, tourist spots, etc.

I kept a detailed log of everything, and I’m sure both the notebook and project file CDs are still accessible somewhere in my storage boxes.

Anyway, eventually, the demo was ready and I started trying to get people to invest in the idea.

Because I thought the idea was very cool, I assumed everyone would be interested in investing and making all of the money. All of the tourism and advertising dollars I was dreaming of.

I went to pitch after pitch and got turned down meeting after meeting. This was back when there were no VCs in Uganda and the only investment dollars you could find were from local businessmen whose idea of a good investment is a building they can touch.

Eventually, I gave up and shelved the project. A year or so later, Google came into Uganda, launched Google Maps locally and the rest is history. They’ve basically mapped all the way to Mama Gundi’s joint with the nice katogo.

To this day, I keep wondering if I could have sold the GPS data to Google, and for how much, if only I had started with whatever means I had.

Granted, it was technically impossible for me to do anything because of the sheer financial and logistical challenge it would have required to roll out. Also, I was running Elemental Edge and payroll was a proper trick, so there wasn’t much time to goof around.

But as I reflect on these moments in my business history, a few lessons come to mind.

More From: Business and Entrepreneurship 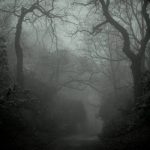