If you ever asked me as a child what I wanted to be when I grew up, I probably lied to you. I have never looked at myself as someone who can ever be just one thing. I mean, I can make my living off one thing, but being just one…to be defined so easily…that was never going to be me.

And so I have taken up a lot of things. For as long as I’ve had 4 good limbs, I would use them. That is why when I got into Maranda High School, I tried kila kitu. I was in Drama Fest, Music Fest, Football (until I met Elijah Okinda kwa defence), Basketball (never first team), Science Congress (my garlic and onion insecticide sucked, but hey I got a school trip), Academic symposiums (Kisumu Girls girls still remember how I floored them in English paper three) and even Karate (then I saw Awinyo Arap Oketch get kicked in the ribs and not get up).

As an adult, people ask me what I am. I went to law school, but I make a living out of blogging. I happen to be a social media influencer as well ?. I take photos. I travel. I make cocktails. I write for newspapers (read me like today’s SatMag btw). I have helped organize festivals. And I dance. By God, I can dance!

Today, however, I have become something else. A playwright. Couple months ago, Ngartia called me and asked if I would like to co-write this year’s Too Early For Birds edition about Tom Mboya. I said yes immediately.

I had never done it before but when has never having done anything before ever stopped me? I had never made cocktails before I started making them. I had never made organic insecticide until I wanted a school trip. And until a year or so ago, I had never danced salsa, bachata or kizomba. And now I do.

The play is showing today and tomorrow. It merges so beautifully with another project that I am involved with called Rusinga Festival. Tom Mboya is…was…a son of Rusinga Island. A son we will also be commemorating at the end of this year on the island during the annual cultural festival.

I don’t know how the play will go. But I do know this. If I knew then what I know now and someone asked me what I wanted to become, I would be honest. 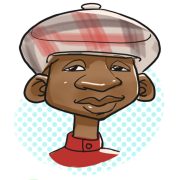 The Girl in the Yellow Jumper – Behind The Scenes Pictures

The Timeline Of Life.

MY STORY – THE TALES OF A YOUNG ENTREPRENEUR PT 2: How it all started