This morning, in a seeming assembly of good hope, Dr Kiiza Besigye’s People’s Government together with Hon. Robert Kyagulanyi’s People Power movement and other opposition parties formed an alliance, United Forces of Change. The road to this assembly we can imagine has been influenced by different factors, but mainly the attempt to portray a comradeship within the opposition. With the Covid-19 pandemic, the opposition in Uganda has been on the receiving end of various critical attacks and most importantly on its inability to organise a viable force to defeat President Museveni’s political organisation. The constant bickering between especially Besigye and Bobi wine’s supporters has been a disturbing trend. To show the public that the two are actually united is a timely gesture. But did the unity conceive a practical or realistic political strategy to undo the NRM establishment. I don’t think so. Even at the level of exposing the government’s ills during this Covid-19 era, the strategy shall fail.

Look, as an initial strategy, the United Forces of Change has devised that to bring to the fore the image of especially the starving Ugandans during these tough times, the people should at every lunch time, 1:00pm, hold saucepans and start banging them. That we should “hoot, whistle, bang! Make noise everyday”. We ask, what happens then after banging the saucepans? We enter our houses and cry or? And what happens at suppertime? I am of course under an imagination that there are many Ugandans who still would want to have supper. Do they also have to bang the saucepans before going to bed or the revolution is only for daytime? Or is the opposition also imagining a future where only a lunchtime meal is enough for people! If we cannot answer these simple questions in an honest and reflective manner, then we can only say that the Lunchtime-saucepan-bells strategy is only going to achieve the performance of hunger. In the theatre of the absurd, we shall be performing hunger.

Performing hunger brings a certain humour to the issues, and this takes away from the urgency of the issues being highlighted. If the performance was going to be majorly on the streets, well and good, but if it is going to be in people’s compounds and cars, and only recorded and posted on social media, this strategy will only go to as far as making tabloid headlines. It cannot cause a desired political change. The strategy not only limits the revolutionary imagination of the opposition but also punctures the weight of the issues at hand. Hunger has been a real issue in Uganda even before Covid-19; only that this time round, the story of hunger has found space in the newsrooms. The question then becomes, why hasn’t this hunger translated into anger before? The opposition has got to learn that for hunger to cause a revolution, it has to be deeply felt, not merely performed. More so, revolution without confrontation shall often require backup intellectual and political strategies. Does the United Forces of Change have any other strategy in stock?

If the opposition unity is devised only as a response to the restrictive and repressive measures of Uganda’s government during the times of Covid-19, then we can applaud their courage. Yet still, we can observe that the strategy’s defiance tool of Lunchtime-saucepan-bells is one that respects the same restrictive measures being boycotted. The decorum of the strategy looks like that of a sit-down strike, and thus we may ask, how different is it from a Lockdown activity? If regimes derive power from force and the people’s response to that force sustains it, then liberation is only thinkable in postponement. More so, in performing hunger, we risk mocking the real people facing hunger. Social media is undeniably a site of revolutionary mobilisation and it performs the role of feeding the masses with fantastic images of the future, but let’s beware of disfiguring the real image of hunger and suffering. Imagine how the time it takes to record a video performing hunger and then editing it might also take away from the real anger the hungry people feel. Performing hunger has devastating limitations to revolution. Revolution is more often spontaneous, even when it might be premeditated.

In all this, we may fail to appreciate the Gen. Mugisha Muntu and ANT strategy, but it is worth reflecting upon. The ANT believes that change will come, whether by revolution or reformation, but are we ready for it? To extend this question, we can even ask, have the proceedings of the United Forces of Change today portrayed the different members and parties as equals? The failure to imagine equality has been at the heart of the different setbacks of opposition alliances in Uganda. The opposition’s wretched of the earth and its worshipped of the earth are still unequal. If the equality question is not going to be addressed by the new alliance, then another murky road has been officiated by the opposition. The problem with opposition pressure groups is that they promise to move out of structures, and then return to them when a power struggle erupts. For example, is there any structural change that has been signified by the new alliance? I sniff none. Nonetheless, let us congratulate the opposition upon efforts to an alliance, but let us not celebrate them yet.

The author is an MPhil/PhD student at MISR

More From: Politics and Government 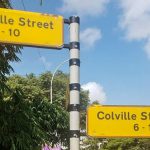