To be like our beloved (life president), I’ll start with a Runyankore proverb. “Ekyeeba juba, n’obwooro n’obugumba”. The direct translation for that is that poverty and infertility are easily forgotten.

This morning, I woke up really early. Like a responsible citizen, I had ironed my clothes last night. Okay that’s a lie. I always iron in the morning because suppose I don’t wake up? Besides, it’s dark at night.

Anyway. I woke up early. Read my Bible. Said a prayer for my people and my day. Checked the time again. Turned in my bed. Got up and made some breakfast. Long story short, I dilly-dallied and ended up leaving the house really late.

I ended up in that really uncomfortable seat next to the conductor, which meant I had to suspend myself in the air with the help of the metal bar in front of me to let the conductor sit back down each time he opened the door to let a new passenger in or let the lucky ones who don’t go through town everyday out. By the time I got to town, I was too tired to walk the long journey to another taxi so I hailed a “random” boda.

The fare the rider suggested was exactly what I was willing to pay so I took it happily. I had worn trousers and a “boda friendly” blouse. I had my shades. I was ready!

The boda man was trying to kill me.

No, I’m not being paranoid. First, he swerved right in front of a large truck, the ones they call magulu kkumi. Then he almost ran over an old woman who was still carrying herself across the road with her merchandise to avoid KCCA officials. After that he ran a red light, got into an argument with a taxi driver near a taxi stage, and almost ran over a police officer. My hands were gripping the back of the bike so hard that I could feel bruises forming. I mentioned a couple of times that I was moving with my entire offspring still in my body but he wasn’t phased. I even lied and said I was not in a hurry, that I was the boss of me and wouldn’t get into trouble for showing up at that time. Nothing. The young man was determined to hurl us both to an untimely death. When I finally got to my destination with all my hair, teeth, and limbs intact, I thanked the Lord, promised my Mother that I would say the Rosary again tonight, and paid with changed money so I wouldn’t stay next to the guy long enough for him to just run me over.

Moral of the story? Well, that’s obvious. Hail a SafeBoda. I recently got my app (they finally remembered us iOS people). The riders are usually not in a hurry to kill you and themselves. They never run a red light. You rarely have to look for change because they are going cashless. They listen, and you have a helmet on which means you generally feel safer. So if you think I embellished a little, I think I just forgot how hard life is with “random” bodas (refer to earlier proverb)

So now who’s buying me chicken? I’m a kawonawo! 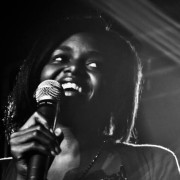 I miss you Mr Museveni; where are you?

Dear son, your generation has the chance to right these wrongs.