When I first landed on Mugabi’s Kibun’omu Album, in 2017, I knew for a fact that he was the euphoria that I needed at that moment. Every song was a story, some were poems and all were earworms. It was a musical gift. Kenneth is a GIFT.

It is 2022 and Kenneth is subtly telling us – the creatives mostly, that consistency does yield results. He is asking us to trust the process because the 2017 Kenneth needed so much description for someone to get to know him. Right now? Do we even get to dispute the national treasure he is to us? Does he even need an introduction? Doesn’t his voice speak for itself? Kenneth is a special package of uniqueness. He is my third Luganda Dictionary, after my mother and a certain uncle of mine. Mans always has me pausing my music to make consultations about what he is really communicating, in some songs. I am sure he does this intentionally, otherwise he would not have me doing the same thing for every Album he releases. He is doing his part in preserving the Luganda language and I can assure you that it works, at least for me. The other thing I have watched Mugabi do with intention is representation of more than one Ugandan language in his Albums. Do we have the audacity to dispute his sense of Ugandanness? DO WE?

At the time we should have been the ones to go to him bearing gifts as a thank you for allowing us to breathe the same oxygen with him, without rubbing it in our faces, Mugabi gifted us the People of the Land Album. I have since learnt about how powerful it is to have mirrors in the content we consume and with this Album, Kenneth Mugabi decided to place one huge-ass mirror before all of us, to reflect the society in which we try to make this life make sense. In this Album, the King of Afrosoul, slightly stepped away from love (I say slightly because the whole Album is not just about Love yet Mugabi’s name is synonymous with love ballads) and decided to first let us know that he sees us, that he is with us and understands our struggles. It is a no brainer that this album has so many millennials talking about it.

Did I foresee an environmental activist in him? A soul song on how we are eroding nature? Barely! Kenneth managed to communicate how endangering it is for us to trivialise the conservation of nature and humanity. He used the kamese tambula childhood game to raise alarm about what is yet to befall us. Mugabi calls for the people of the land to conserve the swamps, forests and humanity and awakens us to the cognition of our hand in this cause. I should have called the People of the Land song an anthem but every song on the album drives me into moments of deep thought about the kind of society I am a part of.

The last two years have watched Uganda’s economy go swiiiii, down the drain, so, many of us embody Kenneth’s Muvubuka. The kind of muvubuka who has no idea about how he is going to be able to pay school fees for his child and at the same time cater for the home’s needs. Many of us have joked about this year’s School Fees structure being the only effective family planning option. Muvubuka’s lamentations aren’t any different from our dispiritedness.

In a generation that looks at men who express love, with a lot of scepticism, Wamanyiza, Take me back and Nsaba Kuddira would have subscribers to toxic masculinity calling Mugabi, a simp. It is quite rare that we find accountable men, in relationships. To find a man in touch with his deepest emotions would be equated to looking for a needle in a haystack but Kenneth has normalized the expression of the same.

Men at the hand of abusive women are talked about, although in hushed tones. The kind of masculinity society prescribes for men does not let them speak about what troubles them, beyond Manchester United losing matches. While men keep suffering in silence and worse still are met with rebuke when they try to speak, Mugabi’s mother (in the song) acknowledged her son’s troubles. Men are having a major crisis when it comes to having confidants with whom they get to share their deepest struggles and neither have they been allowed to feel their feels save for the sexual ones or anger and this is manifested in the high cases of mental health struggles that culminate into suicide, in men. I hope that from Ankuba, men will find confidants who will allow them to let their emotions be in motion as opposed to the detrimental decision of bottling them.

For the first time in 5 years, Mugabi has had me side-eyeing him. I really cringe at Under Wraps. For me, it is set to be a national anthem for the many urban liars, as my friend calls them. It does such a great service for them claiming to truly love you and yet in secrecy. A word to the wise, I would not want anyone to dedicate Awunuuma to you. Run for your life when you hear your lover asking you to keep it under wraps. Y’all gonna make it official under wraps? Gonna sire kids under wraps? Raise them under wraps? Woman? Man? Run. Run for thy dear life. Nze mbade Nteesa, Ensi ensuubize and She said Yes, should be what anyone would look out for as the end goal in a relationship, surely. Meanwhile, two kings in the She said Yes remix speaks life to Nsimbi’s stage name. He really is Greatness of No Limits.

The Album is a conversation starter. No one piece can capture everything worth discussing about the People of the Land Album. When talking about it, you cannot do so without talking about Love, Poverty, Regret, Atonement, Hope, Colourism, Career guidance, Relatives failing relationships, Children’s upbringing, our Proactivity in environmental and humanity conservation, Accountability in relationships, the impact of domestic violence on children’s holistic wellbeing, men being on the receiving end of violence in homes, I could go on and on but I cannot exhaust everything. The Album is heavy.

To a large extent, Kenneth seems to be wondering why there is fire on the mountain and nobody seems to be on the run. 20 wholesome 4 songs (okay not all of them) in one Album is a manifestation of how much work we need to do as a People of the land, for us to make this life make sense. He wants us to reflect. He wants us to do better. He wishes us well. He gives us hope. He… maahn!!!

PS: To listen to the 24-song Album, do find People of the Land on Spotify or check with Kenneth Mugabi to buy it. 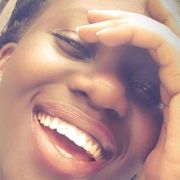 Ugandan Companies/Institutions at a Girls Night Out.

THE ELEPHANT IN THE ROOM (WHO IS BIGGER IS INCONSEQUENTIAL)

Music is a business, it needs real managers

MUSICIANS ARE HUMAN, AND THEY ARE SAD.

BUT SINCERELY, LET'S ALSO TALK ABOUT TRAUMA IN MDD TRAININGS IN UGANDAN SCHOOLS!!!