Enygma is back, I’ll give you a second just to cheer/
Happy New Year, News at 20:16 is here!
And without wasting time, I just went ahead and started it/
The Jobless Brotherhood released pigs in the Parliament/
Which is full of greedy swine already taking liberties/
2 days in the States, took 2 billion facility/
And luxury cars, 150 million each is spending/
Lubwama said a 20 million car is so offending/
They also want the road in front of Parliament closed/
Or a flyover, to deal with all their trafficky woes/
They put a pool table in the Parliament with our votes/
While MP Muhanga got 10 billion from selling goats/
MPs increased their pay to 25m cos of lunch/
And they won’t pay no taxes on that salary every month/
Who gave these people power? Man, there has to be balance/
But they just take and do nothing like the Mannequin Challenge!/
Twenty thousand dollar coffins, are you kidding me?/
These jokers should just go and jump off of Mabirizi!/
On Mondays I be wearing black from morning up to supper/
Because I’m beefing with MPs like Code versus Tucker/
Inside I’m a G, but Rollex Festival had no class/
Like Makerere, the gates were closed because of no cash/
And they made a bus that worked with power from the sun/
But ambitions to be president, Muhoozi has none!/
His father has (one)won, the election once again/
While many of the ministers lost in embarrasmment/
Christopher Aine, he was lost, we thought he died/
But Amama’s chief of security took us for a ride/
Sejusa and Kamuswaga, arrested then released/
Besigye too, his supporters battled police/
He made a video of a ceremony swearing in/
So they blocked the access to his home, he needs a VPN!/
The irony is, freewifi is now in the city/
We can see the truth Beneath the Lies, I know you’re wit me/
We also saw a president’s debate on television/
And finally they replaced the Electoral Commission/
Kazibwe campaigned to chair the African Union/
Which by 2020 we won’t need no visas for moving in/
Moving in the fast lane to Mbra was a massacre/
Fiika Salaama came in to save all the passengers/
While a free Cancer screening at Mulago answered our prayers/
Then the radiation machine got spoilt, needing repair/
Pornography detecting machines they tried to sell us/
I wonder if they detected the naked Professor Stella!/
A minister in Congo was masturbating at work/
Minister Ronald Kibuule was also labelled a jerk/
He smacked a female guard, then got an apology/
Like the SK Mbuga and Leila methodology! Uh!

Make way, Kampala to Entebbe expressway/
And the Raid on Entebbe, Israelis came to celebrate/
So the President referred to them as Palestinians/
If you’ve eaten Kafu muchomo you’ve eaten simians/
Bambi Harambe, the animals had it rough/
Like the penguin who was cheated on and wasn’t tough enough/
Weak as the economy, tycoons needed a bailout/
BoU took over Crane Bank, there was no way out/
The closure of Uchumi, and there’s Barclays speculation/
But Sevo can show the nation irrigation innovations/
WBS goodbye! Could no longer save the station/
Shilling fell. Crime rose, it’s a thorny situation/
Yet FDC were telling people not to go to work/
Artists of TubongaNawe made their fans berserk/
Boycotting their music and refused to go for shows/
They had to call the NRM to buy tickets to go/
Museveni answered the phone, sitting on the asphalt/
He told them, you accepted the cash, so it’s your ass fault/
Besides he made another rap and called it Kwezi Kwezi/
The Fairway roundabout has changed, it’s kinda crazy crazy/
Kasese had their palace raided by UG Avengers/
Some people think it could have been handled by crime preventers/
King Mumbere was charged with murder, so it’s now game over/
He’s like Kanyamunyu, mbu they scratched his new Range Rover/
Martha survived, while Kats was runover by Fille/
Kenya was fly, exporting coffee Olomide/
WizKid had a show, but didn’t bother to show up/
UGHipHop Awards made the whole industry blow up!/
Onduparaka did the same, almost like Leicester/
Portugal, won the Euros, and Leo won an Oscar!
David Emong won Paralympics silver medal/
Olympics didn’t bring back even metal from a kettle/
But at least we qualified for the African Cup of Nations/
Mama Miya, I was there and overwhelmed by celebrations/
We’ve been absent for like 39 years, you better check yourself/
Dennis Onyango was ranked higher than Petr Cech himself!/
Meanwhile there was Messi missing penalties and trophies/
He cried so much he even tried to retire like Kobe/
Hijabs were welcome at Olympics, not on France’s beaches/
Asked us to pray for Nice, but not cities where Islam features/
The year for Xenophobia, Brexit was an example/
When Cameron resigned, Theresa May took up the mantle/
And the land of the free, home of the brave, showed us all/
Black lives never matter, and they wanna put up a wall/
So they voted for the Donald Trump, famous for bigotry/
Who wasn’t taken serously till he defeated Hillary/
They say Vladimir Putin was behind rigging their servers/
Maybe we should have sent them some election observers/
Kagame and Mugabe are standing for re-election/
Andrew Mwenda screwed with FDC he needs protection/
UNRA paid the wrong Chinese company a fortune/
Sheikhs are being murdered so they need to take precautions/
#SaveCarol won our hearts, the way she persevered/
And Queen of Katwe was my favourite film of the year/
It ain’t any big screen, you find so many sick schemes/
Enygma, I’m back with the news at 20:16! 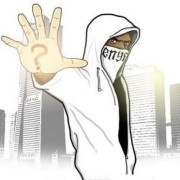 Press Statement on Uganda’s achievements in Laboratory and Diagnostics services