Mwenda ~ Uganda had only 268km of tarmac after 72 years of colonial rule. The short-lived DP government led by Kiwanuka added 210km in one year. Obote added 1,000km in eight years 1962-71. In spite of his government incompetence and corruption, Museveni has in the last 8 years added 4,000km of tarmac.

This guy either suffers from selective amnesia or is merely an intellectual prostitute. He talks about 286Km of tarmac and makes it seem a low figure without putting into consideration the multiple means that wanainchi had at their disposal. Back then, we had over 15 fully functional airfields in the country with light aircraft transporting people like today’s buses do. The Railway line was fully operational to transport both humans and cargo from the north down to Kasese. Considering the size of the economy and settlement patterns then, this wasn’t so bad a figure. It would be good to note that there were showrooms for brand new cars in most major towns meaning that there was a market. Cars may not have been many but even then, people didn’t move that far from their localities. In Butaleja, we had a few honchos with brand new cars (read Justice Chibita’s book ~ Loved by the Best).

When he talks about the Kms added by Pres. Museveni, he conveniently restricts the statistics to the last 8 years. This is intellectual dishonesty. I challenge him to share the source of his statistics. A quick visit to the Min of Works website reveals that between 2010 and 2015, the paved road network increased from 4,364km to 5,224km which works out to 860Km implying that on average, we add at least 200Km of paved (tarmac) roads annually. Extrapolate that from 2009 to 2017 and you realise that there is no way his quoted statistic of 4000Km in 8 years can count. It seems more like 50% of that must have been achieved. (Avail the source of your statistics Mwenda!!!) Another angle I am sure a person of his brilliance should have looked into was comparing the source of money used to construct roads then and now. We largely rely on foreign funding (even though we are told the opposite). Even when the foreign funding comes in, it is not deployed for the intended purpose. Look at the northern bypass, construction began when my son was completing nursery school. Today he is in Senior One and the road is still incomplete. Really? How long did Thika Highway take in Kenya?

Mwenda ~ Many Ugandan elites are lazy. They don’t want to read and know about their country. They prefer to sit in their homes and imagine things and then hope that such imagination is reality.

This is a very unfair assertion to make of Bobi Wine. While it applies to many of our peers (yes, we were Lumumbists at the same time – Gongom Ohyee!!), Bobi Wine has cultivated a connection with the layman over the years. As you globe trotted and carried out successful PR campaigns for Rwanda, this guy Bobi was singing his way into the hearts of the ordinary Ugandan. I first heard a song of his around 2003 called *Funtula* that apparently was X-Rated and banned from radio stations. Then the adrenaline influenced battles he had with the likes of Chameleone and Bebe Cool followed. However, after 2010, this brother seems to have discovered his true calling. He got a conviction to start singing sense. While his peers were singing braggart songs like *Big Size* , he opted to focus on lyrics that empowered the layman. Last year, I came across one of his songs *Time Bomb* that was so revealing. Bobi has been in the ghetto trenches, he understands 300% the life of the downtrodden. The things he knows about poverty, you are very likely never ever going to get a chance to know during this lifetime. His appreciation of poverty is not academic. Its real and that is why he strikes the perfect chord when he stands up to preach to the downtrodden. Take time and watch videos of his music and you’ll instantly recant your accusation of him imagining reality. Bobi is as real as they get. I am sure he can attract a wider audience in Mwenda’s Fort Portal backyard than his entire clan combined.

Mwenda ~ In the modern age of science, it is sad that those who want to replace Museveni think that they can rely on hallucinations to inform public policy.

Let us start by defining public policy: “It is the means by which a government maintains order or addresses the needs of its citizens through actions defined by its constitution. By reading that definition, do we really have Public Policy in Uganda? Or are we just dancing to the whims of a few who choose to steer the country with a jockey stick? It is the innate lack of Public Policy that has led to the rise of people like Bobi Wine. The hallucinations you point to are in my view more rampant among the handlers of our economy. Makes me wonder whether we have a really educated lot of technocrats steering this nation. The rise of Bobi is a symptom of the lack of an effective Public Policy. While rearing pigs at the Kabanyolo university farm, as an Agriculture student, I noticed that the lack of food led the pigs to eat their young ones. The Ugandan has been pushed into a corner where they lack the very basics and it doesn’t matter what statistics you quote from the World Bank, they are all bure for as long as affording the basics remains a mirage. These are not hallucinations, we are simply demanding for solutions. To tell you the truth, today, based on my observation, the layman is more than willing to ally with anything (note my use of the word *thing*), living or non-living for as long as it can give them the change they have been promised for years without end. They are simply tired and worn out.

Mwenda ~ Our country deserves better. Bobi Wine may be a good singer and dancer. But his “letter to young Ugandans” shows that he lacks the basic competencies to even manage a village.

Better according to the dictionary is defined as “of superior quality or excellence.” Be honest with yourself and share with us a handful of things or areas that you believe deserve the rating of *Better* in Uganda today. Its because we do not have *Better* and have failed to get it from the over glorified beer swigging, pork eating, frequent flier elites that we find ourselves resorting to the once-shunned lowlies like Bobi Wine.

And don’t you ever claim a fellow man can’t even manage a village when you yourself have no public management credentials to your name. Is it by mistake that Bobi was able to develop a cult following fan club nationwide? The last time I was in the villages of Butaleja, I was amazed when I came across a number of youths who were planning to hire a car and drive to Mbale town to welcome the Ghetto President. What are you talking about?

I can’t believe that I have actually penned this down because while I am yet to consider myself a supporter of the Ghetto President (I’m still in observation mode), I empathise with what he stands for. The layman.

Finally, as a parting shot, I am saddened that you seem to have taken leave of your exuberant brilliant self that we knew from way back. What happened Mwenda? I want to urge you to take off some *Me Time* and talk to God. Something is definitely wrong and what you need is spiritual intervention at this rate. nothing physical will help.

God Bless you my brother 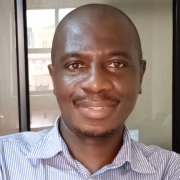 One Night Stand Ruined by ‘Spirits’ 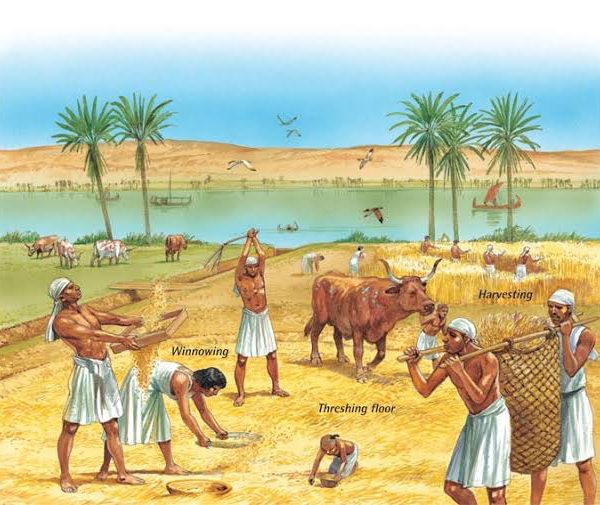