It’s been a minute but something just occurred to me regarding “Black Panther”‘s runaway box office dominance and I can’t stop thinking about it. We all know this film has been successful but just HOW successful, and why should it matter to anyone but Disney shareholders?

BP’s run might on the surface seem like yet another typical Marvel box office hit, which it is, but the term that better captures the film’s unprecedented run is ‘cultural phenomenon’. Some numbers: “Black Panther” has currently made $610m in North America. By Sunday it will have eclipsed Marvel’s own “Avengers” film to become THE HIGHEST GROSSING SUPERHERO FILM EVER and is projected to end its run somewhere between $670m – $700m, making it the 3rd HIGHEST GROSSING MOVIE IN U.S. HISTORY. In any genre. By a director of any race or any gender. That’s fucking nuts for a couple of reasons.

But I want to give these numbers some context first so you’re with me on how mind-blowing this is. The Top 10 highest grossing movies in US history:

Okay, remember when “Titanic” came out and it was the #1 film for all of January. (Wow.) And all of February. (Holy shit.) And all of March. (Wait, what the fuck?) And some of April. (Stop it.) That really happened. I was only 14 but I remember thinking no movie would ever come close to those numbers.

Or how about when “Avatar” came out and made $77m its first weekend and folks laughed so “Avatar” said “Fuck You” and made the same amount its 2nd weekend and then folks said “Hang on, that’s not how this works!” and then “Avatar” said “Eat a dick” and made almost the same amount of money its 3rd weekend! And soon it swam by box office juggernaut “The Dark Knight” and fucking leapfrogged the unleafroggable giant, “Titanic”, and put so much distance between itself and the rest of the record breakers that Hollywood decided every film had to be in 3D. Animation? 3D. War documentary? 3D. Porn on your phone? 3D.

Or how about the behemoth, the fucking wooly mammoth, the phenomenon to end all phenomena: “Star Wars 7”. When analysts predicted this film opening over $200m IN DECEMBER, I couldn’t believe how dumb these people were and they got paid for making dumb guesses like that. December, whose previous high was $84m, didn’t play like other months cos grosses were spread out over the entire week due to the holidays and the multiples for December releases are bananas. Heck, if a movie opened at $200m+, it’d make what? A billion fucking dollars? Is that what you expect, you silly billies? But then “Star Wars 7” made $100m+ on its opening DAY. Not weekend. Opening day. And $245m opening weekend. In December. And you know what? This motherfucker damn near made it to 1 billion fucking dollars!

Those have been the benchmarks of history-making box office runs over the last 20 years and that’s what “Black Panther” is now a part of. You don’t think so? Consider this: not only is BP about to become the highest grossing superhero movie during the BOOM of superhero movies, if it hits the high end of projections, $705m final run, it will be the most popular superhero movie ever too aka, even adjusting for inflation, it will have sold more actual tickets than “Spider-man”, “The Dark Knight” or “The Avengers”. Or the thing that got my mind racing in the first place: some have suggested that BP’s success hinges on its monster opening but when all is said and done, even if you iced out its $200m+ opening, it would STILL be the 3rd highest grossing superhero film ever! Okay, we’re now Wakanda flexing our way off topic.

Suffice it to say, this is not your run of the mill headline grabber. “Jurassic World”, “Star Wars 8”, the upcoming “Avengers Infinity”… those movies are supposed to do these kinds of numbers. They are your typical 4 quadrant movies with recognizable global stars, well-established brands and, let’s be honest, white leads. Ahhh race, yes it comes into it and has to be touched upon but I’m going to make you feel good in a second. Before that though, if you were to guess how many of the top 50 movies have 2 black leads, what would you guess? If your answer was more than 1, sorry. In fact, how many of the top 100 movies have 2 black leads? Still 1. Okayyyy, top 200? Still 1. Top 250?

(You’re wondering to yourself, what about all those Will Smith movies? “Men In Black”? Or “Independence Day”? Or Eddie Murphy’s hits? Surely “Beverly Hills Cop” is in the top 250, and you’re right. It is. They are. But 2 black LEADS? Not one of ’em.)

This to me is what’s so astonishing about “Black Panther”‘s mighty roar over the industry. Not only does it have a bevy of black faces, but it centered black American issues in a film that was still entertaining and accessible to audiences everywhere. I mean it’s great to have a group of black superheroes that our kids can look up to (and not a drunk, bummy one like Hancock either), but what it means from a storytelling perspective is that we’ve been right all along. People of all races and genders WANT to explore ideas beyond what we’ve been fed over and over again.

In another sense, who but a black director could have cracked the particular nuances of this inherently black story that has resonated so far and so wide and taken on a life of its own beyond the theater? When was the last time you saw so many intellectual debates on all these various grownfolk forums over the stance of a supervillain in a blockbuster film?

That’s what folks misunderstood about #OscarsSoWhite; they thought it was blacks shouting about Will Smith not getting nominated that one time or whatever. No man, the point of it was let’s open this conversation up to everybody. Let’s push aside both the figurative and literal tokenism and actually invite everybody to the table. Not just to the podium, not just in front of cameras, but to the board table. To the Academy. To the writer’s room. To the film school. To the pitch meeting. To the director’s guild. Let’s get every fucking body involved and push towards amplifying and exploring new ideas.

Do you think a male director could have made “Ladybird”? I really don’t understand the resistance to this: give EVERYONE a voice, everybody wins!

We’re not gonna knock it out of the park every single time, nor should we be expected to. But white male directors fail ALL the time. Like all the fucking time. On a massive scale. Black, Latino, Asian, Women, LGBT directors should be given the same chance to fail too. THAT was the point of #OscarsSoWhite

Ava DuVernay, who’s really a force to be reckoned with, was asked if things in Hollywood hadn’t already changed and weren’t things already diverse or whatever and she said, “I am an anomaly. (Black Panther’s) Ryan Coogler is an anomaly, (Moonlight’s) Barry Jenkins is an anomaly, (Mudbound’s) Dee Rees is an anomaly. When you can name us all on two hands, that’s not change… But we’re in a dynamic time right now, telling our own stories. These are moments that are not sustainable unless there’s systemic change. We sit on top of a broken system. Unless there is systemic change, we’re just the sparkly stuff on top that makes people feel good…”

Now’s the make you feel good part. Ava’s high profile, incredibly ambitious “A Wrinkle In Time” has been one of the unfortunate victims to open in the wake of BP’s monster success and while it may still crawl past $100m domestically, it wasn’t the crowning glory some had hoped for. It’s not a “Tomorrowland”-sized flop but it should have done better. Now 5 years ago they would have immediately relegated a black woman director with a $100m+ box office disappointment to the minor leagues (indies), but the tide in tinseltown is turning. Ava’s got her own clout and already has a big budget superhero movie with Sony in the works!

And that’s as it SHOULD be. Coogler & co. knocked it all the way out of the park, both on a critical and financial level. Great. Ava’s glowing track record as a storyteller speaks for itself and it’s clear the world wants to hear what she has to say. We want all the voices. Keep giving us at-bats and we’ll keep swinging for the fences.

Why Ugandans will continue to pay exorbitant power tariffs amidst the President’s call not to renew UMEME contract. 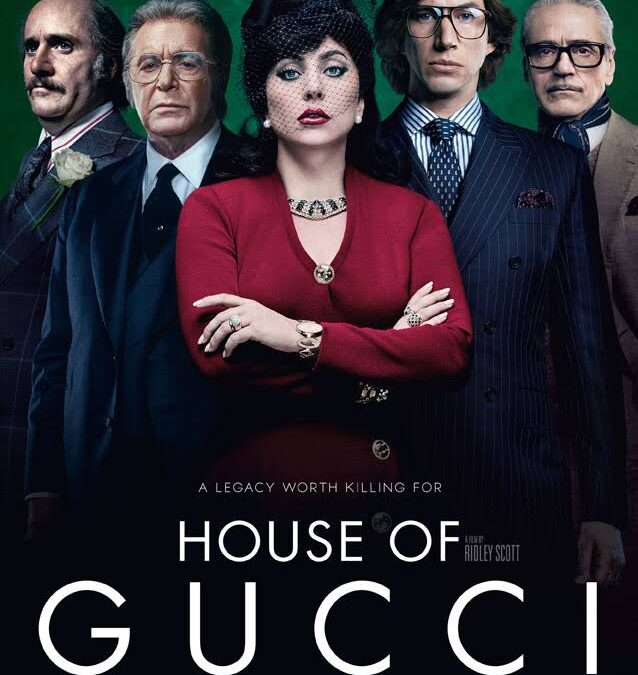