The other day I was riding on the back of a boda-boda with my favorite ‘boda guy’, Ssalongo. I am so fond of using Ssalongo that I will rearrange important plans around his availability. Call it brand loyalty. On this particular day, I was feeling especially chatty, so I indulged his long-winded rant about our economy. While on the subject, I interrupted him to demand an explanation for where he was two weeks ago. He apologized and told me he visited a friend in Kalangala. I thought to myself: Kalangala?!…that definitely explained him being out of reach. But once he mentioned Kalangala, I immediately thought of HIV/AIDS. I warned him of the high prevalence of HIV/AIDS in Kalangala and he nodded in agreement and further stated that his friend, in fact, has AIDS. Surprisingly, Ssalongo was fully aware of the AIDS epidemic in the beautiful island district of Kalangala.

Over the past 30 years, the government of Uganda, in conjunction with several international organizations ran effective programs that cut the prevalence of HIV/AIDS to about 6% today. However, the prevalence of HIV/AIDS in Kalangala is almost 30%. This means when Ssalongo visited the beautiful islands, one in every three people he interacted with were likely infected with HIV/AIDS.

Why is Kalangala lagging behind?

In HIV/AIDS speak, key populations refers to vulnerable groups who are at a higher risk of contracting HIV in comparison to the average person. These populations usually include: injection drug users, sex workers, prisoners, men who have sex with men, and so on. However, fish-folk are considered a key population not because of the criminalization or stigmatization experienced by typical key populations that affects their access to care, but due to negligence from the government and poor access to care due to residing in hard-to-reach areas .

Kalangala comprises 84 islands, with only 64 of them having inhabitants. While Kalangala is a popular tourist destination for its scenic beauty, the nature of the landscape presents a challenge for access to adequate healthcare. Kalangala does not have a district hospital; therefore, patients often have to travel by water to the nearby district hospitals in Entebbe and Masaka for treatment. Further, patients cannot travel by night because ferries and boats are not allowed to operate at night. Unfortunately, there are still several lives lost when people travel by boat during the day to access healthcare. The prohibitive cost of hiring a boat to travel to the nearby districts by water also prevents patients from making these vital trips. On average, it costs an individual UGX. 300,000 to hire a boat for transportation to the mainland for treatment.

The poor access to healthcare facilities matches the poor access to quality education in Kalangala. Therefore, despite several aggressive domestic and international AIDS prevention campaigns, the knowledge gap pertaining to HIV/AIDS prevention and treatment is still wide among the people of Kalangala, and this renders them vulnerable to new infections and death.

The fishermen already live a dangerous lifestyle by plying their trade on the water daily. Most of the fishermen are more afraid of death on the water than death by succumbing to AIDS. This mentality emboldens the fish-folk to habitually sleep with sex workers (key population) posted around the fishing landing sites. The interaction of these two ‘key populations’ exacerbates the spread of HIV/AIDS and other sexually transmitted diseases.

The test and treat policy aims to immediately treat any newly infected people with antiretroviral drugs (ARVs) to control viral loads. However, due to the challenges in access to health facilities and resources such as drugs, the policy has not been successful.

What can we do?

The United States Agency for International Development (USAID) made recommendations for the treatment of key populations that I believe can be tweaked to address the AIDS epidemic in Kalangala:

●      The local councils and community leaders in Kalangala must be engaged in the design, development, implementation and evaluation of effective programming to fight HIV/AIDS.

●      More vulnerable populations and locales, such as fishfolk, sex workers and harder to reach islands respectively must be identified and assessed for risk and service access. Subsequently, appropriate efforts can be distributed to adequately fight HIV/AIDS.

●      Successful past approaches to fighting HIV/AIDS in Kalangala, such as boat-to boat outreach must be scaled up.

●      Bearing the context in mind, we must innovate to ensure the most strategic use of resources and access to newly emerging technologies and services.

●      We must ensure that interventions targeting key populations, such as fish-folk and sex workers are sustainable over the long term.

Kalangala district is a forgotten stepchild in the fight against HIV/AIDS, yet global targets such as ending AIDS as a public health threat by 2030 and 90-90-90 hinge on our handling of such critical cases.

The government of Uganda promised the people of Kalangala a district hospital several years ago but these plans are yet to materialize. A district hospital would go a long way to address the problem of access to care that plagues most of the people on the islands. Both domestic and international efforts must aggressively target controlling the spread of AIDS in Kalangala, as well as preventing new infections.

Emerging technologies, such as blockchain technology employed by organizations such as the Infectious Disease Institute, Uganda Academy for Health Innovations and Impact can be used to address human and non-human resources for health deficiencies in our health system that disproportionately affect Kalangala district. The successful use-cases of new technologies need to be scaled up to benefit areas such as Kalangala.

Kalangala needs effective programming as well as sufficient health resources to win the fight against HIV/AIDS. These resources and programs will create an environment where Ssalongo and his friends can thrive with easy access to quality healthcare to match the beautiful scenery of the islands of Kalangala. 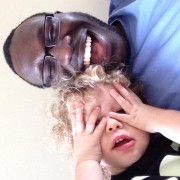 The Black Box of Implementation of Policies in Uganda.

Lessons for FDC from Rukungiri