Trembling hands caressed the child’s orange overall. Asha nuzzled its velvet smoothness across her saddened face. Grief had made her usual coffee-colored face pale and lifeless. A familiar lingering odor of the bananas that had often soiled that garment reached Asha’s nose and acted as a balm to her aching heart. The old cloth slid through and soothed Asha’s rough, toughened hands like the best coconut body butter there ever was. It had belonged to her three-year-old daughter, Fatuma. As Asha sat on the cold, cemented floor of her one-room house, she remembered how Fatuma had worn it long after she had outgrown it because it was her favorite outfit. The numerous activities of the ceremony of 40th day of mourning for Fatuma had not tired Asha’s body, but her heart was filled with sorrow.

Her heavy sighing pierced through her heart creating electric ripples that tore into the synchronization of her usually sound consciousness. Dar es Salaam’s warm, moist evening wind gushed through the small wooden window sending more chills down her back. Within her sorrow hid an uncanny sense of guilt. She reflected on how Fatuma had suffered a few days of sickness, then recovered and again tolerated another day of severe headaches. Finally, Fatuma had given up on the second day of the second bout of sickness.

Asha heard her daughter calling from the grave, but it was only the echo of a memory. However, Asha could still see Fatuma rolling and crawling across the same floor. She skipped and hopped right into Asha’s arms. ‘Moja mbili tatu, moja mbili tatu’ drummed in Asha’s ears until Fatuma’s sweet melodious voice became hazy and the memories passed.

“Asha, what happened? Why haven’t you slept yet?” asked Musa as he walked into the room.

It took Asha more than a few seconds to realize her husband’s presence and to respond to him.

“We all do, but you have to be strong,” Musa comforted Asha.

“Why is that it’s always me who has to do everything? Why can’t you for a change take the lead?” Asha lashed back at Musa.

“I saw Fatuma all through her sickness, always beside her even when you were at work,” Musa said, still standing.

Asha shrugged her shoulders and raised her tone.

“I couldn’t help it. I had to be at work. We needed the money. You don’t work, so nothing comes home, ” said Asha, “And when you do, which is just occasionally, you always use most of it for your other wife and her children, hardly anything comes here.”

Musa noticed Asha’s impatience as she fiddled with Fatuma’s overall.

“Asha, I try my best,” Musa said with an earnest look.

“They are my family too. It’s not like we are any much better than you all. We too struggle to pay our monthly rentals having very little left over for food. At least you have a permanent job,” Musa said.

Asha laid the orange garment beside her. She tilted her head and placed one hand on it while the other cupped her chin.

“But you are here only once a week, we need you more. You know my work makes me leave home early and come back late. Our village maid can only do so little.” Asha continued.

Musa squatted beside Asha and looked into her saddened eyes.

“Oh Asha, I am so sorry. I wish I could help more, but I just am not able to,” Musa tried comforting her.

Asha wanted to scream but her voice failed her.

Musa sensed Asha’s restlessness and he knew there was something bigger that had to be bothering her.

“She wasn’t a son! You even said so when she was sick,” Asha almost screamed.

“Yes, I know I wanted a son and I was majorly disappointed at her birth. And I believe she would have pulled through had she been a boy. But over the years I had learned to love her just like a son,” Musa said.

Asha’s hidden guilt seemed to be surfacing again as the doctor’s words crammed her head, “Did you give her the wise man’s medicine?”

Asha’s hands squeezed the sides of her head.

“No, we did not!” Asha had stated to the doctor at the hospital the day Fatuma died. Why the hell would we if we didn’t trust you. Asha would have loved to add, but she knew better than to offend the doctor who was attending to her ill child.

“You should have, maybe,” was all the doctor could say when Fatuma’s pulse sank completely and her heart beat stopped.

Asha was left flabbergasted that day when the doctor had said it but now it seemed to haunt her again. It bothered her how a man of such caliber would say such a nasty thing. But it was her own actions that seemed to be troubling her more.

“Do you think we did not try our best? Do you think we should have given her the village wise man’s medicines? Could we have saved her? ” Asha poured out a train of questions that had been eating her conscience.

Musa put his hands around Asha’s shrunken shoulders and gave her a warm hug.

“Oh Asha, Oh my love, my dear, do not let the doctor’s words affect you. He just said it so that we wouldn’t blame him,” Musa said.

“But still do you think she would have survived had she taken the wise village man’s herbs,” Asha continued.

In their embrace Musa continuously stroked Asha’s hair trying to relax her nerves.

“I don’t trust the village men and their queer ways even though people call them wise,” Musa said.

“But Musa……I tried….I even took a huge advance to pay the medical bills,” Asha whined.

“Oh Asha, do not blame yourself for anything. You did your best. She was destined to spend only three years with us,” said Musa.

Asha’s heart wrenched with slow, silent thumps. Her heart was bleeding quietly from agonizing anguish of the sorrow of a child’s death. However, there wasn’t a drop in her eyes because the pain in her heart was too much to cry.

“Mama, mama, I need you mama, I want to play with you,” came the similar voice again.

But this time, it wasn’t Fatuma’s. It was her older sister, Mariamu’s; who had entered just entered the room.

Musa let go of his arms around Asha, when he saw Mariamu.

She hugged her tight, really tight, relieving her motherly instincts, as if she were hugging Fatuma. Mariamu ran back outside to play with her friends.

Musa kissed Asha and the two walked slowly towards the old bed hugging each other. Musa placed Asha gently onto the bed and tucked her in.

“I love you and I need you so much, dear Musa,” Asha mumbled.

His strong hands reached Asha’s neck and circled the back of her shoulders massaging her aching body, gradually drifting her into a slumber. He remembered his promise to his other wife.

When Asha woke next, she looked at her small phone beside her pillow. It read 3.33am. She rose to remembering the ceremony of the previous day. But those haunting thoughts did not cloud her as much and her guilt had lessened. Perhaps the 40 days of mourning had rubbed their therapeutics. She watched Mariamu sleeping soundly on the floor beside her bed. But Musa was not there. He was gone.

Would Musa pressurize her for the son he had always wanted? Would Mariamu resume her after school tuitions which had come to a halt because the money was needed for Fatuma’s care? Asha pondered as she sat up in bed.

Asha could hear her daughter calling out from the grave yet again. Her guilt had reduced but her grief would still continue.

She heard herself saying, “Fatuma my dear, I love you with all my heart. I am sorry I could not save you but I tried my best. I want you to be happy always.”

Asha stood up and strode forward, towards the buckets. It was 4 am, time to fetch the water and store it in for the day. She knew it was an exercising task but she had done it every single morning.

Resilient, sturdy hands picked up the empty buckets heading outwards to the neighborhood tap. Asha’s hardened feet soaked mother earth’s early morning dust ready to treasure life for this very day. She knew for sure, she would always love her Musa and her daughters Fatuma and Mariamu. 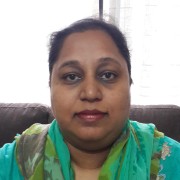 Picking Myself Up After Great Loss

Every now and then in a woman’s world.