In my dream, you are a toothache. You are an outburst of diarrhea that arrives unannounced and leaves  pants soiled.

– I hate Yosef. Even if I died and the only way to get into heaven was to shake hands with him, I wouldn’t. I would come back in reverse order and roam this Earth like you’re doing. Or I’d go straight to hell with a smile on my face like the rich neighbor of Lazarus. But when he, Joseph, chances upon you; and flees like a terrified antelope; and strains the foot we hear has been weakened by the HIV virus; I feel his pain. I want to reach out to him and say, sorry kumanyoko. I want to tell him that I will tell you to not harm him. Because you and I, when red blood still ran in your frail veins, were friends. I was Tom Sawyer. You were Huckleberry Finn. I was Didier Drogba. You were Frank Lampard. We were on top of our game.

I am dreaming about a dream: you are a monitoring spirit. You are a soul that has not found rest. A soul that lingers in-between this world and the next, where they say souls that belong to the children of eternal damnation – like yours – are deigned to slave till the end of time. You ran your race and did not finish it. Maybe that’s why you keep returning to haunt us in our dreams.

I am sorry, son, for I have sinned. To dream a dream in which you are rabid is to sin; is to subscribe to the nankani of blasphemy.

Let’s go, and we laid a trap and she was ensnared.

You told her, heaven is missing an angel.

She shrugged. Girls are slow.

I told her, you are the missing angel. Why are you here with us, the mortals?

To tell her that she was an angel was to tell Bill Gates that he is rich; to tell Messi that he is the G.O.A.T: she had heard it a million times before. How did we expect it to sink in?

I told her, you are Agbani Darego.

I told her, you are Agbani Darego. Again.

A smile spread over her face like red tint on ripening tomatoes. She’s one of the few clowns that are in the know of who the fuck Agbani Darego is. You too had no idea, what we were talking about.

I faked a phone call in Runyankore and left the two of you running at your own pace. The rest is history.

Close your eyes. Imagine a catalogue of Dream League players lining up and shaking hands and positioning themselves for the Global Challenge Cup final. Keep your eyes closed. Imagine your dream team scoring goals, and goals, and goals. Imagine the game ending 13:0 in your favour.

And that’s how things went. The days that followed, you were at a whole-nother-level in the tadpole’s life. Love had said to the two of you, follow me and I’ll make you whole. You had followed it. You had become. An item.

They say you died a virgin. You were a Ssenyonyi of sorts. Every time I sit down and think through it, it haunts me. How is it possible for a twenty-something year-old of your ilk to never have scratched anyone? How? Help me understand your story.

I saw your nankani. The day you were fished out of the water, I saw it. All of it. That day, sadness was spilling from our pockets, out of our eyes, rolling down to the water that had opened its mouth and swallowed you whole.

I like to seat myself down and say, the thing we saw was not Rama. Rama was the color of a ripe banana with a glowing skin, like that of a firefly. Rama was a doll with a smile etched on its face. Rama was exuding an overdose of Gift-Of-Zanzibar perfume. Rama was the height of a bucket.

I remember things. I remember Shida clasping a handkerchief to her face; suffocating herself. I remember Nassali wailing like a last-born child. I remember a swarm of gandangire houseflies ganging up to greet you; to tell you, welcome back to the land of the living. I remember the old man muttering incoherent words and cutting of your last finger to appease the spirit of the lake.

Son, is it your finger that you keep coming back to pick? Tell us what you want. Tell us to tell the deepest crater lake on Earth to please return your finger. And your life. For we still needed you here. 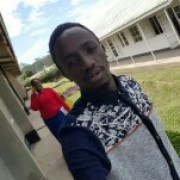 What personal growth lessons can you learn from foxes?

Things to do when Museveni goes (Part Two)