He comes to me as the day begins to breathe its last, his smile, like birth. There is a mole above his right eye. A period that completes the sentence of his brows.

“Heya,” he clears his throat.

“Long flight?” He is sitting in an armchair now, fragmented by the light filtering between shutter slats.

“The pilot found a wormhole. We gained twenty minutes in the air.”

My laughter is brittle.

He shakes his head.

I stretch out a hand. He takes it. His fingers are long. I see them now, covering my left breast, tweaking my nipple. He catches my gaze, his brow raised, a question. I blush. He kisses my palm. Trembling hands that can no longer bear the weight of an all-seeing God; the words I’d been cradling, spat at me by a critical conscience; his too warm mouth.

He doesn’t speak. Instead, he closes the gap between us. I gasp against his lips as his crotch presses into mine. Laced fingers, my conscience’s pontificating displaced, the all-Seeing God rolls onto the balcony.

I expect fucking, but this is nearly lovemaking. When he leaves, I am both emptied and filled.  I sleep, curled around ‘his pillow’. I smell his hair every time I move. I miss the call from home. The kids want pictures of everything. This is the message they leave me.

I return their call as I get ready for the first of the weekend’s meetings. I tell my husband that I love him. My conscience refuses to talk to me.

He has come to see me four times in the last three days. We’ve fucked every time, except this, the last visit. A daytime moon swims in an indigo sky. He wears shorts today. Has traded his All Stars for a pair of flip flops. I find myself distracted by the way the hair on his legs curls. Notice his feet, the scar just above his ankle. It saves me from having to meet his gaze. We are careful not to touch. I give him a bottle of cologne as a thank you gift. I’ve dabbed some of this on the lining of my handbag. He does not need to know.

The Airport is a yawning maw that swallows me. I’m almost late to check in. That last caress-the-pillow-inhale-deeply-as-you-do-even-when-you-promised-yourself-you-wouldn’t stupidity is to blame. And the gifts. There had to be gifts for home.

I hurry down the gullet that leads to the belly of the plane. 12C, I find the seat, stow away my laptop and settle in. The two seats on my left are empty.  The rest of the plane, bloated.

Raihaan? I look up. The woman walks in front of him. He is telling a joke. She is laughing, her voice shattering like breaking glass. What is he doing here? Before I collect my scattered thoughts, they’re standing beside me. As I stand up to let them pass, I look straight into her face.

She’s definitely not my sister. 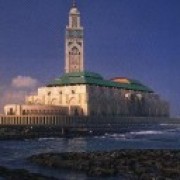 Daughter of the Resurrection, Melissa Kiguwa