I’ve a Kenyan friend, Martins Williams Nyakone. I hear he is a pastor now.  Previously, Martins did rounds in rumba and a lot more, including the inner circles of dingy shrines in Mombasa. Because of his forays into ‘everything,’ Martins is a very useful encyclopedia, especially on Congolese rumba.

Like this time he decided out of nowhere to paint a picture of Amida Shatur (Hamida Chatur), a Congolese vixen you will see enter the bedroom with JB MPiana but emerge in towel smiling in the company of Didi Kinuani, a glass of wine in her other hand. Hey, this is no joke – it’s as real as eating cassava in hard economic times.

Now, Amida’s beauty is something I’ll leave for your own eyes to behold. What I can be sure of is that Chinua Achebe was right when he said a man who marries a beautiful woman and the one who plants maize by the road side suffer from the same problem.

Amida was first publicised when she floored JB Mpiana, the man behind Ndombolo from that 1997 album, Faux de l’Amour, and formerly of Wenge Musica. Mpiana did not just give Amida Ndombolo but that kind of a lavish wedding every woman dreams about. Because of her beauty, Amida was like a trophy in Mpiana’s life. He had made it life, with a son and a daughter from the woman of every man’s dream.

And trophies are presented. So Mpiana had so many guests streaming into his house in Kin and Amida did her part in hosting them. Only that these friends were actually bees and bees do not just make endless trips to the flower for a pastime – they go to collect the nectar and there was only one nectar here: Amida Shatur.

Didi Kinuani made his moves and like a bee not missing nectar, Didi walked out of Mpiana’s plush home one day with Amida as his nectar for the honey he intended to eat at home. He was rich and lavish and in 2004, he painted Kinshasa with love notes of his marriage to Amida that left so many envious and JB Mpiana in utter shock.

This was an invite-only wedding and the rest, including JB Mpiana, had to only see in the tabloids and hear about on radio. The guests were men who wore diamond-studded boxers. Sadly for Didi, Amida loved diamonds like any other woman of high taste would. Even sadder was that among Didi’s very good friends was Vital Khamere, a man who was as rich as wealth and wore diamond-studded underwear.

Vital, like his name, had vital parts with unlike poles that were attracted to Amida’s magnetic field on the dot. When Didi knocked up the sultry Amida, he was over the moon that his trophy a wife was now a bona fide. A boy came forth nine months later, Didi fondly named him Diama (Diamond). He celebrated his boy’s arrival and was constantly pictured carrying the boy.

Five years later in 2009, the crescendo around rumours that Amida was actually allowing other bees to illegally obtain her nectar, hit the highest notes. Didi could no longer hold it in. There were doubts that Diama was his son. Off to the scientist, he went. And what did the stupid DNA say?

Diama was a vital product of Vital Khamere’s nectaral sessions with Amida. Didi swallowed his pride and realised that “easy comes, easy goes” is not a stupid adage told by village grannies to their sons dating jumpy girls in a banana republic where cassava trends more than Zari’s nudes. Didi admitted he had snatched more than he could chew and that honey can choke when eaten to ravishingly. He defenestrated Amida from the plush home.

Well, the thing is that a magnet is a magnet. It sticks to you until…JB Mpiana might have pretended that he was done with Amida but he wasn’t anywhere close. To celebrate his 42nd birthday, JB Mpiana shocked his guests by introducing Amida as his wife once again for the second time, as Idi Amin would say. But even if you hide a flower in the greenhouse a bee will always find its way in there for the nectar. Mpiana built a nice greenhouse around Amida believing no man would ever get to see even her drying pee. He was right until power proved him wrong.

Maurice Nguesso, by virtue of being a brother of Congo Brazza president Denis Sassou Nguesso, had enough power to penetrate the greenhouse and pick the nectar. In 2016, Amida was flown to Paris to deliver her fourth child. JB Mpiana was by her side. He had ignored the fact that Nguesso had even bought Amida a palatial home from where he had his fill of the nectar. But now he was not going to ignore this one.

The child he was waiting to behold was not his. Vital had returned in a vital way. With a ‘hit single’ scored inside Amida, he had showed some level. JB Mpiana was left in a shroud of heartbreak. In 2019, Amida moved back into Vital’s palatial home and the wealthy businessman quickly tied her down with arguably Kin’s most expensive wedding on Valentine’s Day circa 2019. Amida, now 46, gives the appearance of a retired vixen, tending to her poultry and doing a lot of stuff in greenhouses in Kin…

Thanks Pastor Martins Williams Nyakone for this classic.

CAPTIONS: Hamida Chatur, aka Amida Shatur, and her men 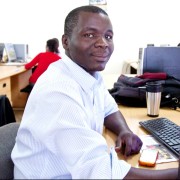